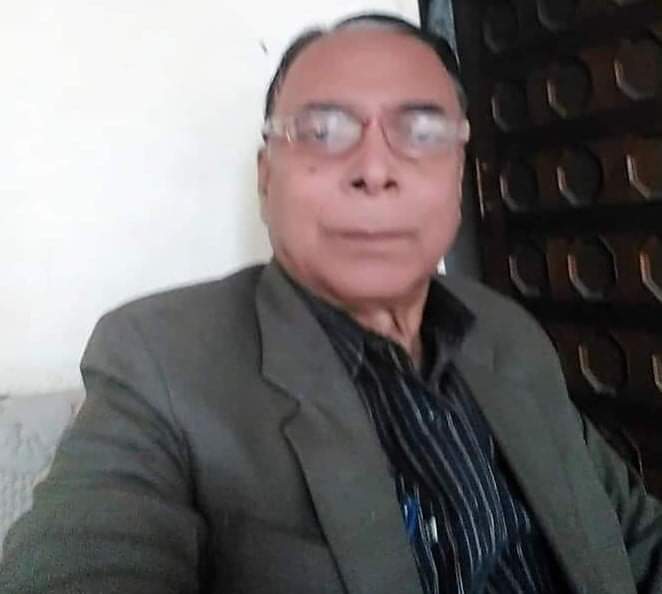 Avisek Tripathi / Dr Pathak, not only a name or a person especially for the science students of bhairahawa and butwal basically in the period of 2050-65 as per i know, is and always will be a brand. A very decent personality who never compromised anything with his duty and responsibility. A person who was much remembered especially when it comes about the basement of science in butwal and then in bhairahawa, Dr. Dhruv Narayan Pathak is no more with us. He left his body on 9th july.

I in year 2063/64 got a very beautiful opportunity to study under him. As per i understood him closely, a very interesting person having a great smile and answer of thousands of questions that may arise in a science student mainly of chemisty. A person who equally gave importance to his dressing style and appearance, usually came to campus on his old model splendor bike. I believe he always had a very constant speed on road due to which sometime he met accident form behind. He was very punctual and reaches the campus earlier than his time. The first thing he does as he get off from his bike i remember, was combing his hairs by looking at the mirror of his bike. Mostly seen in safari suit, Dr. Pathak always inspired us by his great english tone. The way how he wants us also to speak, i ever can forget. As much i remember his lectures, the remarkable task which changed his life and he tried to transform us also, was a 13 pages article which he posted to some higher authority to publish, came back in a summarised way in just 4 pages. That was what changed his life and his skills of speaking and writing too.

The best thing about Dr Pathak was anyone can be too close to him just by asking subject matter or about the course of study. He was one of a very kind person as he never denied to erase someone’s curiosity no matter on a highway road or in a teashop. I remember how he answered my friends questions by standing on the parking area of the campus at the time of his departure. He never demotivated anyone regarding someone’s curiosity and question asking capabilities. One day i went to him after his class mainly at the time of his departure from the campus, with some questions just to impress him. And i could remember his charming face when he satire upon me as he knew, i just asked questions just to impress him. This was the point where i felt deep respect of him. We were unlucky enough to get his guidance and support for the full academic sessions as he left the campus 8 months earlier. I confess i was unaware of his prestige and his contribution in establishment of science in our area untill when he was there to teach us. Gradually i came to know that Dr. Pathak is one of a precious diamond. He never disappointed me with his contribution. The last time when i met him was in a youth scientists conference where he received a high appreciation from the organisers side for his contribution in the field of science.
As today when he is no more with us, i am missing him badly. His teachings, lectures and life lessons is hitting me and must be hitting to thousands of his students especially when we know that he is no more to say anything. Just a remembrance, a memory late Dr. Pathak.
Thanking you for everything.
Rest in peace Dr. Pathak.