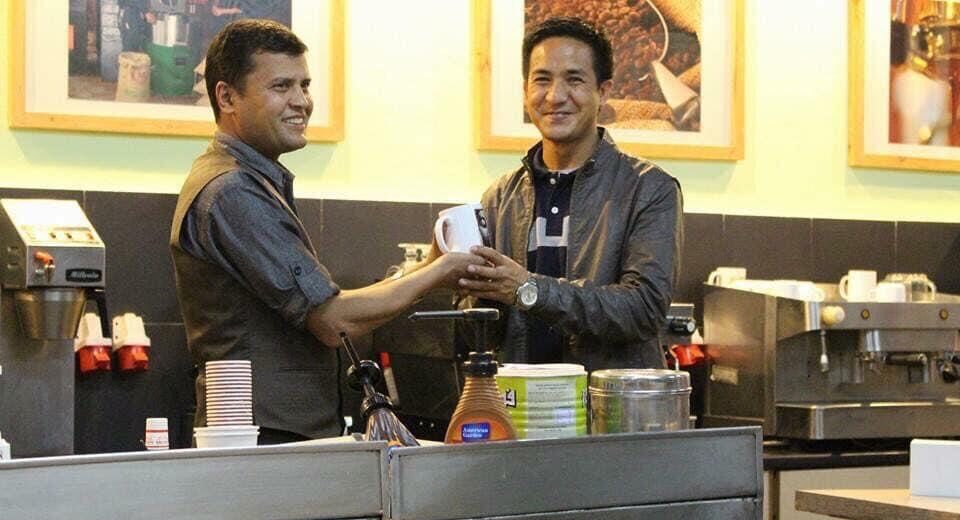 It’s winter time , everyone loves to have coffee but how much do you know about coffee ? Coffee is a very recognize beverage obtain through toast and grind the beans from the coffee plant named “cafeto”Coffee is a popular beverage enjoyed throughout the world , Coffee culture is ubiquitous in western societies. The coffee business and the coffee culture are growing rapidly throughout even in Nepal too . After crude oil coffee is the most sought -after commodity in the world .

It is still unknown today the real origin of coffee , the first users of coffee were not documented but rather to the realm of folklore.

The most popular of these stories is that of kaldi an Ethiopian Goat-herd ,who notice that this goats , upon eating berries from certain tree , became so spirited that they did not want to sleep at night .kaldi dutifully reported his finding to the abbot of the local monastery who made a drink with the Berries and discovered that it kept alert for the long hours of evening prayer. Soon the abbot shared his discovery with the other monks at the monastery and ever so slowly knowledge of the energizing effects of the berries began to spread .

A cup of coffee is an ice breaker , coffee is truly huge part of the global economy .

” coffee – the favorite drink of the civilized world – Thomas Jefferson

As demand for the beverage continued to spread , there was fierce competition to cultivate coffee outside of Arabia .

Origin -introduction of coffee in Nepal by the monk named Hira Giri of Aanpchaur Gulmi in 1938 AD . The Crop remained unnoticed until 1970 AD. By late 70 expansion of coffee as commercial crop to some extend took place after the government of Nepal imported coffee seeds from India for distribution to farmers . Major coffee production took place in mid-80s when coffee producers were able to sell coffee after establishment of Nepal coffee company in Rupandehi.The Coffee cooperative Union Lalitpur annually exports roughly 80% of the coffee produce as green beans to GEPA fair Trade company in Germany . The remaining 20 % is roasted ground and packed for sale in local markets .

I can see the emerging coffee culture in Nepal via social media .

Himalayan Java was established in the year 2000 initially located at Heritage Plaza in kamaldi one of the first cafe in Nepal . The Arabic word for “wine of the bean ” translate to Coffee . Himalayan Java has been recognized as a member of the Speciality Coffee Association of America . 2014 Highland beans coffee opened its first outlet at Bhaktapur . Kar.ma Coffee boutique in Gyan Mandala, Patan .

Barista word came from Italian language where barista was represented for the person who work as a bartender . With the development of coffee culture barista is known as a person who works in a espresso bar station and expert in a art of espresso.

Coffee beans are beans that have roasted and ready for brewing , espresso beans are a variety of coffee bean belonging to the dark roast category, at this stage the beans have less acidity and fuller flavor .

Decaffeinated coffee is made by extracting the caffeine from the green beans with either water and activated carbon, a solvent such as methylene chloride or ethyl acetate, or supercritical carbon dioxide. The coffee is later dried, roasted, blended, and so on.

When you test the coffee, you can also recognize the basic characteristics and to identify the flavor and quality of each.

The taste and smell are merely associate to the personal preference with the tints of acidity and sweetness, the toasting of the coffee beans, and if it have some extra something on it.

The body usually feels in the mouth and the best advice to evaluate and catalog the coffee is to take a medium sip, rest it in the tongue and feel the impression of texture and weight. The acidity is a desired taste in coffee and a bitterness make it good quality coffee.

The acidity on a cup of coffee isn’t based on the PH, is a function in the palate that helps to indicates the vivid and splendorous of a taste.

A coffee without acidity is plane and weak.

After this brief lesson, each cup would be a new experience and a chance to discover something new.

Nepalgunj some cafe they sell Coffee :