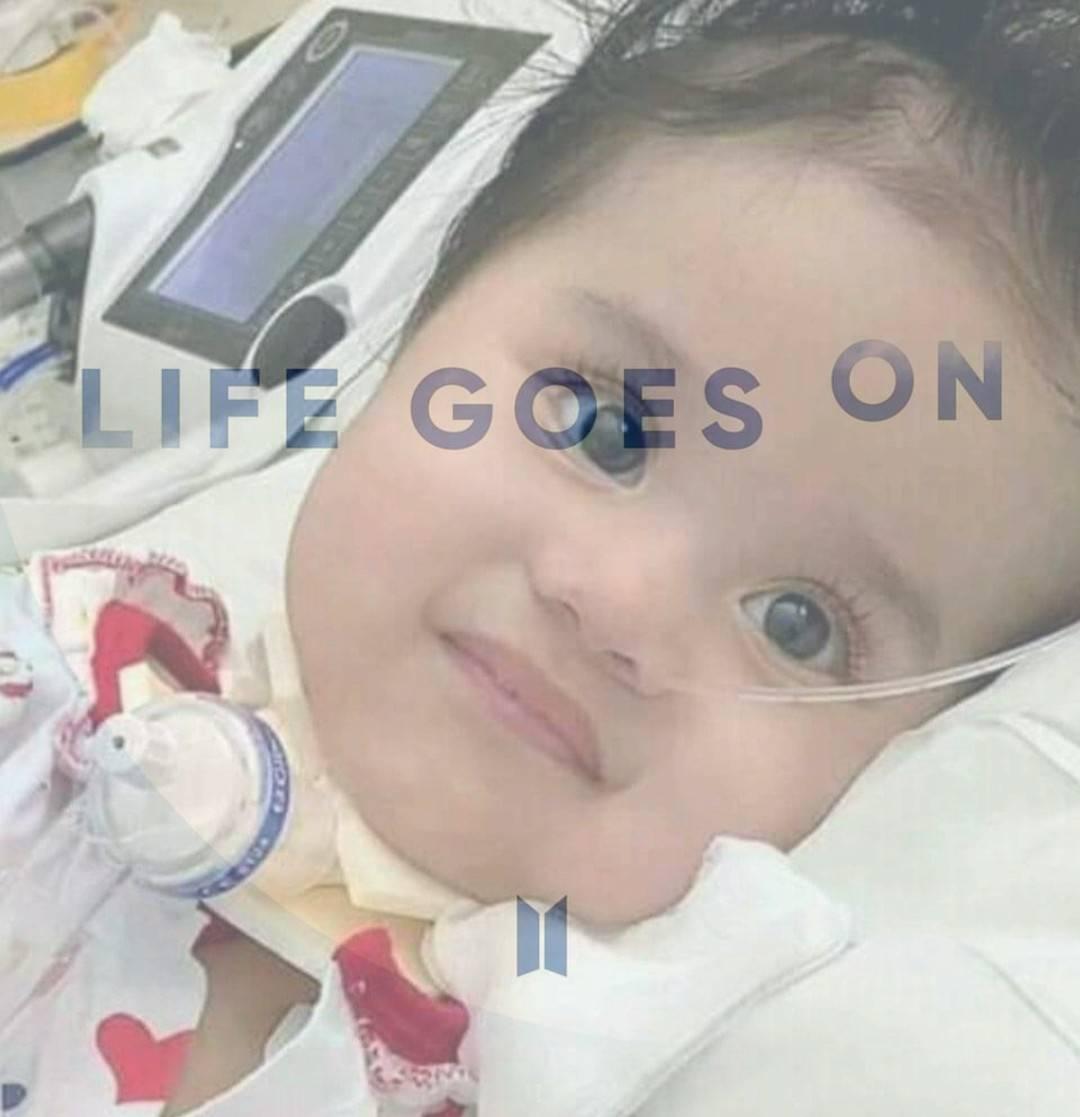 Manju Thapa Magar, Kathmandu / BTS Nepali A.R.M.Ys Donate 1 lakh 27 Thousands for siyona Shrestha treatment BTS fan club Nepal with approximately 14000 followers in Nepal joined hand to ‘save siyona Campion’ siyona Shrestha – a 13 months old child is suffering from spinal Muscular Atrophy (SMA) . SMA medical therapy – a genetic disease is believed to be the most expensive treatment SMA in its most severe form , kills infants before dead turn 2 years . BTS, a South Korean boy band of seven member have a huge impact of youth in today’s generation . They have fan and followers all over the world including Nepal. 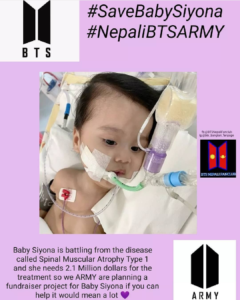 BTS Nepali fan mostly undergraduate student across the country and broader rised 1,27,000 rupee for siyona Shrestha treatment . A group of undergraduate student officially kicked off this Campion from Ghatasthapana and Wrapped it on Laxmi puja. This has transferred into her account – 206500000031524 at bank of Kathmandu parasi branch . They urge all , and join hand to this noble cause & save siyona . According to the siyona’s physician her parents Sandeep Shrestha and Aleena Gurung Shrestha needs 2.3Million dollar to cover her medical bills and they are tirelessly working to save their child.