A Fight for Right 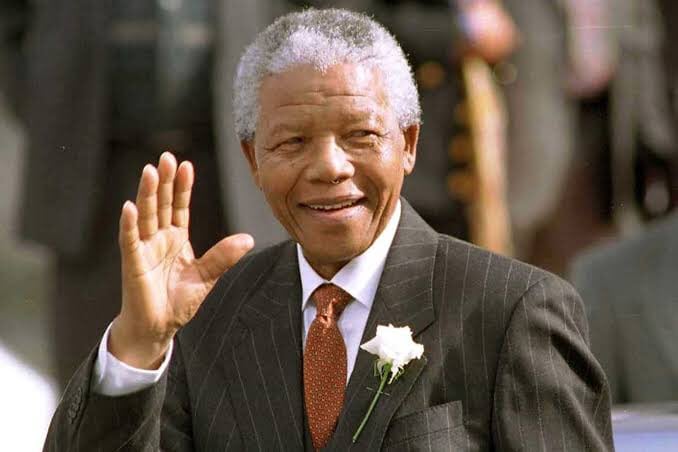 Gajendra Malla / On 27 April 1994, South Africa held its first democratic elections. Nelson Mandela in full Nelson Rolihlahla Mandela,was the  first black president of South Africa, April 1994. South Africa its first elections open to people of all races . He elected after time in prison for his anti-apartheid work at the age of 77 years old , Mandela became the Country’s first Black President . The ANC won the election with 62.65 % of the vote. On 10 May 1994, Nelson Mandela, at the age of 77, was inaugurated as South Africa’s first black president and F W de Klerk became Mandela’s first deputy. Although the ANC gained a majority vote, they formed the Government of National Unity (GNU), headed by the Mandela.

He won the Nobel Peace Prize in 1993. Beginning in 1962, Mandela spent 27 years in prison for political offenses. He spent most of his prison term on Robben Island, South Africa’s version of Alcatraz. On this island fortress, Mandela often labored at a limestone quarry during the day, where the glaring sun harmed his eyes. At night, he could see the twinkling lights of Cape Town in the distance. Mandela didn’t want to use violence in the African National Congress’s fight against the Government.

In 1960, some people held a demonstration against apartheid at Sharpeville, near Johannesburg. The police shot dead 69 black people. Despite this, the government blamed the ANC, and subsequently banned the organisation. It was at this point that instead of being the leader of the ANC, Mandela became that of a secret army, known as Umkhonto we Sizwe, or ‘Spear of the Nation’. As a result, he was hunted by the police, and had to hide and use disguise. Mandela change is mind after the police killed unarmed Africans he argued for using Sabotage  against Government – that is secretly working to undermine and destroy .

Mr Mandela had decided to give a statement from the dock instead of testifying. These now famous words ended his more than four-hour long speech to mark the opening of the defence case on April 20, 1964:

Mandela had disappeared from view in 1964 after giving a four-hour speech at the conclusion of his sabotage trial, where he was convicted and received a life sentence. He was a rugged young man in his 40s, a former boxer who had full cheeks, a beard and mustache and was always dressed in a suit at his court appearances.

“During my lifetime I have dedicated myself to this struggle of the African people. I have fought against white domination, and I have fought against black domination. I have cherished the ideal of a democratic and free society in which all persons live together in harmony and with equal opportunities. It is an ideal which I hope to live for and to achieve. But if needs be, it is an ideal for which I am prepared to die.”

The black majority saw Mandela as their deliverance from more than three centuries of white domination. Many whites feared his release could unleash an explosive civil war along racial lines. During this time, Mandela’s jailers, his fellow inmates and several family members were among the only people who saw him. The white government, in a futile attempt to diminish his reputation, never released photos of Mandela during his years of captivity.

However, the law of unintended consequences prevailed. As time passed and the anti-apartheid movement grew, Mandela’s invisibility only added to his mythic status and helped transform him into an international icon. 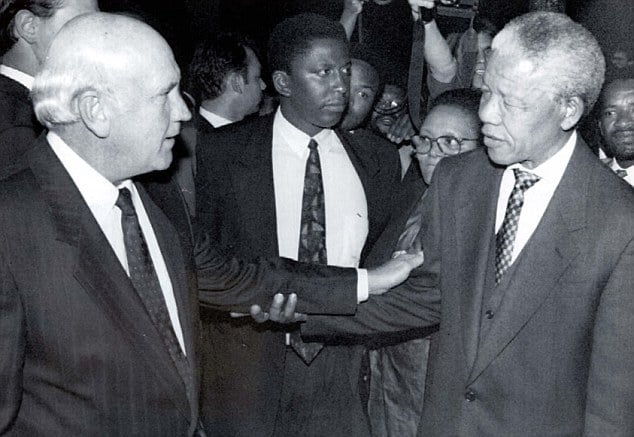 In 1994, Mandela published an autobiography titled “Long Walk to Freedom” which he secretly wrote while in prison. He also published a number of books on his life and struggles, among them “No Easy Walk to Freedom;Nelson Mandela: the Struggle is my Life” and “Nelson Mandela’s Favourite African Folktales”.In 1995, he was awarded the Order of Merit by FIFA for bringing South Africa back in the international football.

In his conviction that blacks should liberate themselves, he joined friends in breaking up Communist Party meetings because he regarded Communism as an alien, non-African ideology, and for a time he insisted that the African National Congress keep a distance from Indian and mixed-race political movements. “This was the trend of the youth at that time,” Mr. Sisulu said. But Mr. Mandela, he said, was never “an extreme nationalist,” or much of an ideologue of any stripe. He was a man of action.

He was also, already, a man of audacious self-confidence. During his presidency, Mandela also worked to protect South Africa’s economy from collapse. There was also a serious need to address the economic legacy of apartheid: poverty, inequalities, unequal access to social services and infrastructure, and an economy that had been in crisis for nearly two decades. In 1999, Mandela retired from active politics. He was called on to help broker peace agreements in Burundi in central Africa serving as a mediator.

In South Africa, Mandela pursued money-raising drives for the Nelson Mandela Children’s Fund. He would do this by, among other things, inviting business leaders to join him on visits to settlements of poor people, where he would have them pledge donations, particularly for schools and classrooms. Such facilities have become known as the products of “Madiba magic”.

Nelson Mandela, who led the emancipation of South Africa from white minority rule and served as his country’s first black president, becoming an international emblem of dignity and forbearance, December 5th 2013 at the age of 95.  “Our nation has lost its greatest son. Our people have lost a father,” South African President Jacob Zuma said.”What made Nelson Mandela great was precisely what made him human. We saw in him what we seek in ourselves.”

Mandela was known as a freedom fighter, prisoner, civil rights leader, political leader and symbol of integrity and reconciliation not only for South Africa, but for the world.