Hospitality and Tourism Development in Nepal 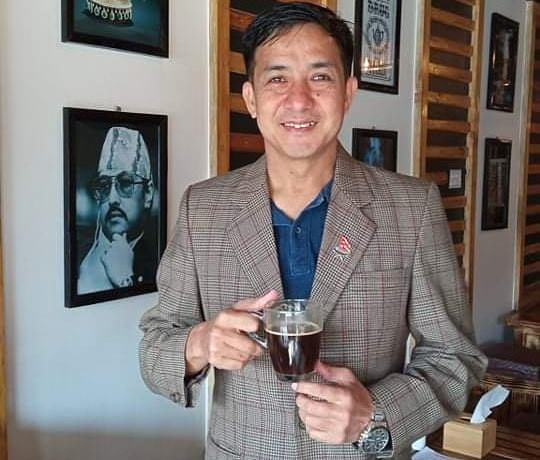 Gajendra Malla / The Tourism industry has never been regarded as an independent industry on its own but is generally clubbed with the aviation as well as Hospitality industries for the Development of an effective tourism brand of Nepal , a major overhaul is needed for the tourism and hospitality industry to unleash its full potential meanwhile there are many lessons to be learned from countries who were in similar situation in the 1990’s in terms of arrival in terms of arrival be it Cambodia or Malaysia but have now been able to make tourism a backbone of their economics, meanwhile Bhutan is another country that has opened up to tourism relatively late, but has been able to position itself as a high and destination .

The efficiency of human resource in hotel industry is very low in Nepal .The staff to room ratio in general is about 2:1 in Nepal which is double the current international benchmark of 1:1 one of the major reasons behind this high ratio is due to lack of staff training hotels in Nepal generally do not have a policy of providing ongoing training and therefore severely looks investment in human capital furthermore , Nepal also doesn’t have a strong labor law in terms of hiring and firing  policies due to which staff generally tend to work in the same organization for the long period of time despite performance As a result more benefits and medical such senior staff which increases the hotel costs.

In the present context it is estimated that there are about 12,000 hotel management graduates every year from over 27 hotel management schools in the country, the current number of hotel cannot accommodate the employment of the number of graduates, therefore most of the skilled graduates go abroad  for better work prospects, in additional staff turnover is very low in the hotel sector of Nepal resulting in decreased job prospects for new entrants.

The hospitality industry will therefore need to focus on providing initiative  as well as ongoing training  to their staff ,associated with strict monitoring to improve the quality of human capital in the industry , meanwhile technologies innovators can also be leverage to further increase efficiency of staff with the increase in 4000 hotels room by 2020.

It is also an opportunity for fresh hotel school graduates to work with international hotel chains. According to industry experts there is a high opportunity for Nepal to tap in to accessible tourism like Nepal has been regarded as a welcome destination for the LGBT  community it same could be extended to the physically challenged community as per world health organization ( WHO ) around 15 % of the world’s population have form of Disability therefore it is an opportunity for business in the tourism industry to facilitate travel for such people.

In terms of product of destination hoteliers have a huge opportunity to invest in the mid-for western region of Nepal since they are easily accessible to India tourist .adequate research will therefore further facilitate increased revenues through the tourism and hospitality segments .

Domestic tourism is a life saver, if not for domestic tourist, most of the hotels would have shut. Nepali people traveler a lot and on an average spend more than a foreigner , which helped to boost demand for hotels room and food and Beverage .

Nepal needs to focus on 4 A’s

1.Attraction – Nepal as a country is attractive for tourists of its natural beauty and cultural heritage .

2. Accessibility – Since Nepal is landlocked country and has only one international airport , it is one of the biggest challenge for the country , moreover airfare to Nepal are relatively expensive which makes Nepal a costly destination .Nepal therefore needs to focus on upgrading the current airport and come up with additional international airport .

3. Accomodation: Goods standard hotels are only limited to Kathmandu and pokhara and some major cities , lumbini , birjung , Nepalgunj etc

Nepal should focus on establishing gods hotels in other destination of Nepal as well .

The current infrastructure of Nepal will not be able to support the increasing number of tourist .The development codes needs to be more conducive for building hospitality projects while also being sensitive to safety issues polices need to be favorable to investors as well as the tourism sector as a whole .A holistic introspection and action is necessary if we wish to make the most of our tourist potential ,most visitors to Nepal are trekking , therefore service standards should be markedly improved .

Every 10 day 10 hotels open each day and hotel industry keep hiring to limit the poverty in the world, leaders are born not made, leadership is forged in times of crises , we need leaders thinking creatively about how we can restore our competitive edge of our hospitality industry .

After combodia , Philippines , and Laos

The Beginning of Tourism & Hospitality in Nepal 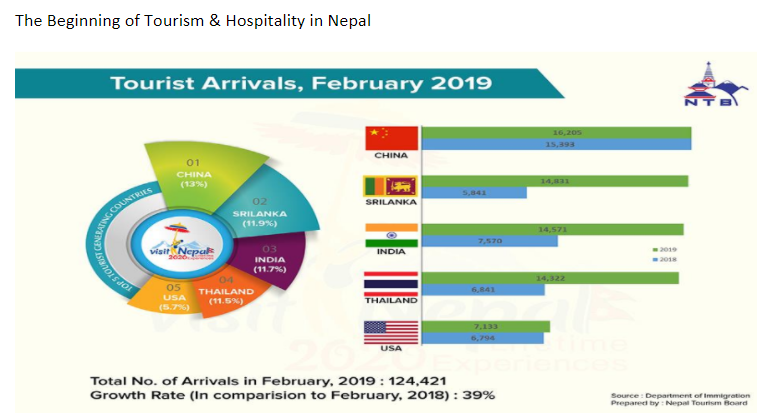 The opening of Nepal to the world in the 1950’s heralded the beginning of the tourism and hospitality industry in Nepal with high end travelers coming to Nepal in search of a ‘Shangri La ‘ closed to the world until then. The end of the 2nd world war a new world order an independent india and the fall of colonial rule in Asia therefore heralded a new wave of change globally with greater air connectivity facilitating travel across countries , As such this gave way to the development of a travel and tourism industry with individual looking to venture into previously unexplored locations , In Nepal this culminated in the issuance of Nepal’s first tourist visa to Boris Lissanvitch a Russian hotelier , who paved the way for tourism in Nepal and opened the country’s first hotel , The Royal hotel shortly after hotels such as the soaltee crown plaza and hotel Annapurna were started by then Royal family .marking the onset of luxurious hospitality sector in Nepal .

Shorting after the issuance of tourism visa in Nepal the first five year plan on tourism was released by the National planning Council identifying tourism as an important tool for the country’s Development.

This was followed by the establishment of the Nepal transportation Department paving the way for civil aviation and the tourism Development Board in 1957 with culminated in the establishment of the Nepal Tourism Board in 1998. In order to promote Nepal Subsequently took on membership in the World    Tourism Organization (WTO ) and pacific Area Travel Association (PATA ) In  1963 Shortly after the 70’s saw an influx tourist mostly backpackers visiting Nepal . However tourist arrivals dropped drastically shortly following the period of conflict and political turmoil stemming from the Maoist insurgency against the Government.

The terai region in Nepal has seen a growing revenue base through tourism due to a growing number of Indian tourists. Particularly from the bordering India state ,taking advantage of the open boarder between the two countries with Bihar being declared an alcohol free state by the Indian government , the Bihar population often travel to Nepal via the open boarder giving rise to liquor tourist and the proliferation of small casinos in the region .subsequently budget hotels have seen a surge in their occupancy rates in the boarders area with occupancy at 85-90 % on most days likewise pubs and bars are also doing very well .

Nepalgunj is also gaining popularity as a destination for Indian weddings with a view of targeting this group of Indian tourist Soaltee Crown Plaza ( Western ) operating with 81 rooms four star hotel . There is a huge potential for the hospitality and tourism sector in Nepalgunj as It is a gateway for the mount kailash and mansarovar trek  with  the Nepalgunj – simikot , hilsa route being  a popular one for tourist meanwhile Nepalgunj is also  Transit hub  for trekking to the dolpa ( shay pokshando ) , jumla and mugu ( Rara lake) region .

In Order to Developing hospitality industry Nepalgunj is Running Institute / college to raise skillful manpower. Nepal is inching closer  to its biggest tourism campaign visit Nepal 2020 the country is holding a lots of promotional event nationally and internationally.

According to the Tourism authority Nepal recorded total of 385,531 tourist in the first sex months of 2019 . depicting a 12.6 percent growth .

Nepalgunj has around 640 rooms actually required per day is 200-300 in average. Nepalgunj hotel training institute not doing well in terms of job placement that is one of biggest challenge,

Nature has provided Nepal with Such amazing assets that the country can aatract a large number of tourist from across the world . Tourism is not a business .it is a science of understanding human psychology.its a culmination of the studies of sociology, economy and conservation.which is always remain constant .I believe the future lies in adventure sports . Gastronomy and in the Balance of conservation and tourism .since today we are into trekking and cultural tourism . But the history of hospitality in Nepal dates back several hundred years and several hundred people to a time when there were no international visitors and certainly no need for any hotels it was borne not because of necessity ( for economic potential or image conscious ) but due to the Nepali people”s culture , traditions and collective belief in an adage borrow from Hindu scripture ,”The Taittiriya Upanishad – Athiti Devo Bhavah – the guest is God . remains the primary mantra among the people in Nepal .The Compassion,kindness ,humanity and welcome gesture that characterizes the local people very well mark the core of Nepali Hospitality .

Even Tourism potential are very high in Nepal but the income is still around $ 5 billion and 11 percent of the national GDP. Nepal”s travel and tourism sector pumped Rs.177 billion in the economy and supported more than 427,000 jobs before the Covid-19 pandemic .according to World Travel and Tourism Council ( WTTC )

“Mountaineering is big business in Nepal… it generates some $26.5 million in tourism income each year, with around $11 million of that coming from Everest climbers alone..

Nepal is rich in its natural beauty culture ,heritage ,history and religion .this is the one reason that after Covid -19 hospitality and  tourism industry believe that it would bounce back very soon .