A Pilgrim Sister who live to my Next Door 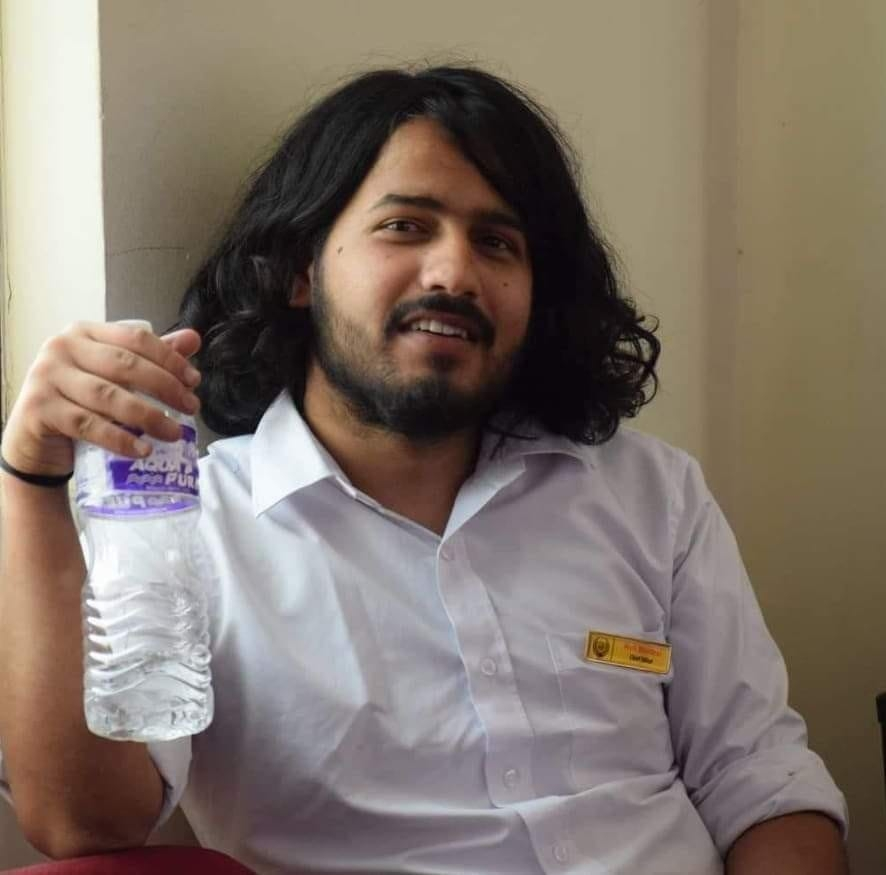 Early morning before the flowers spread aroma, birds start their journey for subsistence and sun reveal its eye. I was napping till it was 6 o’clock. A strange and babble sound knocked my razed ear. It was the first day I heard it; I rouse up and went to the courtyard. A bairn, probably she must be of 4 years with a short hair up to her nape, white skin came to me. She was so alluring and sublime that the single idiom is less to describe, with her babble voice she asked for a dog. She took the dog to the roof and I was so indeed that I can’t let her stop. I went up to the roof with a cup of tea, she was amusing ,grinning and running from one nook to another nook of wall and doing rumor and I was there looking down to the pavement counting plebeians populace.
Suddenly I felt someone was pulling my T-shirt from back. Aback I turned and she was there to ask me the dog name. I did same as to do for a child, I told we used to evoke as Editor but you can name as yours wish. I don’t know what she used to call him, she used to play trio times a day, pulling the tail, running around the roof and giving biscuits. She was not like a plebeian’s child with lots of amour to dog, babble sound of a rivulet gives during her long voyage. She was smart, sublime and noble since from inborn. From somewhere I got to know that she used to live with my proximate neighbors. One day she was evoking her mother from the roof and I was there reading a novel “Rich dad and Poor dad” the best novel I had ever had so I wouldn’t like to leave my back from seat. The rumor came to my ear frequently so I leave my novel at cupboard and peeped thought the door at Veranda. She was standing at stair and was unable to climb down; I went right there and asked for her hand. During that wee journey I asked her sweet name, she nodded her head for the first time and I tried for second time. For the second time she revealed it, the first name was so harder to get due to of babble voice but her surname was clear to get into my inane brain “Gyawali” Yes I heard Gyawali, from the next day I started calling her as a Gyawali bunu. She had too few curies on me, why do you have a long hair as a girl, why you have grown your beard as stubble.
Then after an hour she request me that she will be tomorrow again at my door to take a dog. On a raining day that voice flew away somewhere beyond the 13 hills far. Probably she must return to her abode back. For the god of good she will be meeting me one day and do you know earth is round, it will reflect you back to my next wall. I missed you babble voice and broken words, you will be always in my inane heart and want to see you in a good position one day. Thank you for your wee visit. One day we will meet again; have a fruitful journey of life nani.
– Rohit Bhattarai
Editor-in Chief of  International Magazines, Columnist and Translator from Kathmandu, Nepal
२०७७ आश्विन १, बिहीबार प्रकाशित