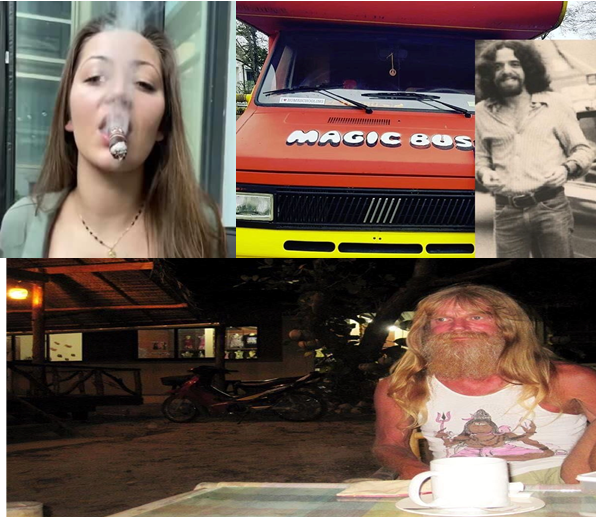 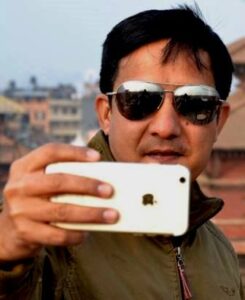 Hailed in certain circles as a tourist “Shangri -la ”  Nepal, with her rich cultural heritage ,her breathtaking Himalayas panorama and friendly and smiling people is indeed making remarkable strides in Tourism Development. Nepal was virtually a forbidden land till 1951, and the coronation of late King Mahendra must be regarded as the first great landmark in the history of Nepalese tourism.

Nepal became the member of the United Nations (UN) in December 14th, 1955.

The hippie subculture began its development as a youth movement in the United States during the early 1960s and then developed around the world. Its origins may be traced to European social movements in the 19th and early 20th century such as Bohemians, and the influence of Eastern religion and spirituality.

Hippies got their name because they were “hip” or aware of what was going on in the world around them. influential cultural movement that originated in the early 1960s and became a major international collective as it grew in popularity and size. Today, the term ‘Hippie’ is often used as a derogatory term and continues to be a complicated term that is often used to isolate various left-leaning parties or groups. In this brief article, we will explain how the hippie movement started and explain some of the major events and people that helped define the incredibly important international movement.

Being a Hippie is not about how a person looks or dresses.  Its not about the music someone listens to or the drugs that they might do.  Being a true Hippie comes from deep within.  Hippiedom is a way of life.  It is an ideology that does not conform to society’s set standards.  It is a belief that is almost spiritual in nature that embraces no one religion, but accepts all.  It is a quest for universal harmony, freedom and inner peace. Hippies have a deep respect for nature and all her gifts.  Hippies care about the earth and the environment.  They utilize alternate means of existing to try to minimize the damage, pollution and abuse that we humans inflict on the planet every day.  The main principles of the Hippie Philosophy include, Peace, Love and Freedom.  With this comes tolerance.  Hippies feel that the way to resolve conflict is by acceptance and peaceful means.  There is no need for violence or hurtful words–only peace and love.  Hippies try to accept others as they are, without forcing their beliefs on anyone.  Yet Hippies practice what they preach by trying to live what they believe in the hopes that they will be an example to the rest of the world.Hippy” is an establishment label for a profound, invisible, underground, evolutionary process. For every visible hippy, barefoot, beflowered, beaded, there are a thousand invisible members of the turned-on underground.

The hippies preached free love, promoted flower power, and cautioned against trusting anyone over thirty. Eschewing money, materialism, and politics, they repudiated the mainstream values of the times. Along the way, these counter culturists created a lasting legacy and inspired long-lasting social changes.

Hippies promoted the recreational use of hallucinogenic drugs, particularly marijuana and LSD (lysergic acid diethylamide), in so-called head trips, justifying the practice as a way of expanding consciousness. Both folk and rock music were an integral part of hippie culture.The hippies also expressed themselves through new kinds of music. They listened to psychedelic rock ‘n’ roll and folk music that protested the war and encouraged freedom from conformity. They held music festivals and large gatherings where they protested the war.

Initially, many local people were not able to distinguish between hippies and other tourists.

The hippie movement began among the Western world’s political and social dissatisfaction of the 1960s, which spurred some Westerners to embark on the Hippie Trail, a route that traversed Europe and South Asia on magic bus .Those who traveled to destinations along the trail, particularly its cultural center, Kathmandu, Nepal, typically wanted to escape the stress of the West and lead a calmer life.

The hippie movement is particularly interesting because it was the first time Kathmandu residents were experiencing the visit of such a mass influx of Westerners in their city. The encounter provides tons of opportunity for insightful analysis on many different themes, including transnational cultural exchange, which is something that I am interested . 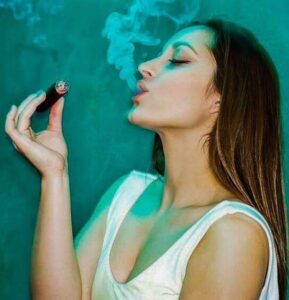 Marijuana was everywhere in abundance; it was naturally grown by households and sometimes used by community members for medicinal purposes. By capitalising on the crop, hippie tourism allowed a marijuana market to thrive in Nepal and also promoted its indulgence among local youths. Hermann Hesse’s book Siddhartha combines human desire for the meaning of life with individual freedom to make it attractive to western world.Nepal and hippie culture have a shared history; it is important to understand the significance of hippie culture in shaping our own society by understanding their identity beyond the surface-level.Hippie Was famous for studying asian philosophy- they spread Buddhism & Hinduism to the west in the period after WW2. Old Freak Street, or Freak Street (Nepali: Jhochhen Tole झोछेँ टोल) is a small street located at the south of Kathmandu Durbar Square. Presently known as Old Freak Street, this ancient street was named Freak Street referring to the hippie trail of the 1960s and 1970s. Renowned Brazilian author Paulo Coelho’s captures this in his novel Hippie by revealing details about how LSD was transported in small amounts by some hippie networks.

Hemp is an annual plant of the cannabis family, but it is not marijuana. It tends to be utilized to make an extensive variety of item because of its adaptable properties. As a fiber, hemp is a conventional material for making rope; it can likewise make paper and hemp cloth. Wide ranges of products like textiles, bio-fuel, biodegradable plastics, cosmetics, medicine, etc. are also made from hemp. Hemp seeds have been used in bird feed mix and can be utilized in the produce of oil-based paints, in creams as a saturating operator, for cooking, and in plastics as well.

The first thing that might flash through your mind upon hearing this word is ganja, the image of a cannabis leaf, illegality, Bob Marley, or even vague memories from your teenage years. There are mainly two widely known cannabis plant types — hemp (Cannabis sativa), which is used for producing textiles, paper and animal feed among other things, and marijuana, which is used for medicinal and recreational purposes. The major aspect that makes the two different is the tetrahydrocannabinol (THC) level – a psychoactive ingredient among hundreds of substances present in the two plants. The THC level in marijuana is between 3-30%, whereas it is below 3% in hemp. A growing body of research has found that cannabis can be effective for medical purposes such as pain relief.

In recent years, Western countries have been at the forefront of legalising cultivation, production and sale of cannabis. In 2013, Uruguay became the first country in the world to fully legalise cannabis for medical and scientific purposes as well as for industrial and recreational use. In 2018, Canada became the third country in the world to federally legalize cannabis for both medical and recreational purposes.The Netherlands legalised the medicinal use of cannabis in 2000, and created the Bureau for Medicinal Cannabis (BMC), which helped set up a strong pharmacological industry.

In 1996, California became the first state in the US to legalise medical cannabis in defiance of federal law. Thailand is the first Southeast Asian country to legalise cannabis for medical use and research purposes. Other countries that have legalised cannabis include Peru, Chile, Germany, Mexico, Bolivia, Brazil, Jamaica, Colombia, Israel, Czech Republic.

Hemp is grown at upper middle altitudes (approximately 1,500-3,500 meters elevation) in several districts of western Nepal, with the majority of cultivation taking place in the more remote regions around 3,000 meters elevation.Hemp textiles are produced in several districts in western Nepal like Darchula, Bajhang, Bajura, Dailekh, Jajarkot, Rolpa and Rukum. However, the higher altitude areas of upper Darchula District have long been considered the source of the highest quality Nepali hemp cloth. Hemp fiber is either spun into twine and rope, coarse yarn for weaving commercial market cloth and rough sacking, or finer yarn for weaving their traditional cloth used domestically for blankets, sash belts and grain storage sacks.

The use of hemp for textiles, however, is nothing new. People have been cultivating hemp longer than any other textile fiber. Its textile use goes back as far as 8000 B.C. when it was first woven into fabric, eventually providing 80% of the world’s textiles. Although today you will find scores of hemp goods dealers and exporters around Kathmandu Valley, very few are using locally grown and processed hemp for their natural fiber clothes. The natural fibers industry in Nepal is not only a matter of business, but also a matter of rural and economical development. Hemp being an eco- friendly, sustainable and versatile fiber is providing jobs to the Nepalese villager in steady manner.

“Cannabis used to be grown and used abundantly in Nepal. Until 1973, it was even legal to sell it in shops and Kathmandu’s ‘Freak Street’ had become a hub for hippy culture. However, pressure from the US led Nepal’s government to make cannabis illegal, putting in place stiff sentences for offenders. Despite this, it’s still grown widely in the country.”

It’s illegal to sell or supply drugs in Nepal. Despite this, the country is a major transit point for opiates (passing from South-East Asia to Europe), and is a large-scale producer of hashish both for domestic and international markets.

Smuggling or selling cannabis is regarded as a serious offence in Nepal. Many offenders are imprisoned without trial, and remain there until someone is able to pay for them to get out. Bribes are sometimes accepted as a way of avoiding jail, though this practice is illegal and can technically land the offender in even greater trouble.

CBD is not differentiated from cannabis under the Nepalese Narcotic Drugs (Control) Act. Indeed, the law states that “the extract or essence” of cannabis is illegal. This means that it cannot be used, purchased or sold in the country.

By 1972, Nepal had become one of the major hashish-producing nations on the planet. However, this was all set to change a year later. The government cancelled the licences of all cannabis retailers and farmers in the nation, as a result of pressure from the US, and the international community as a whole.

In theory, the cannabis trade was finished in Nepal. In practice, it still continued, albeit illegally. The cost to the country was considerable, with an estimated $100,000 in government being lost as a result of the new law being introduced