“Civil Society for Justice in Nepal” 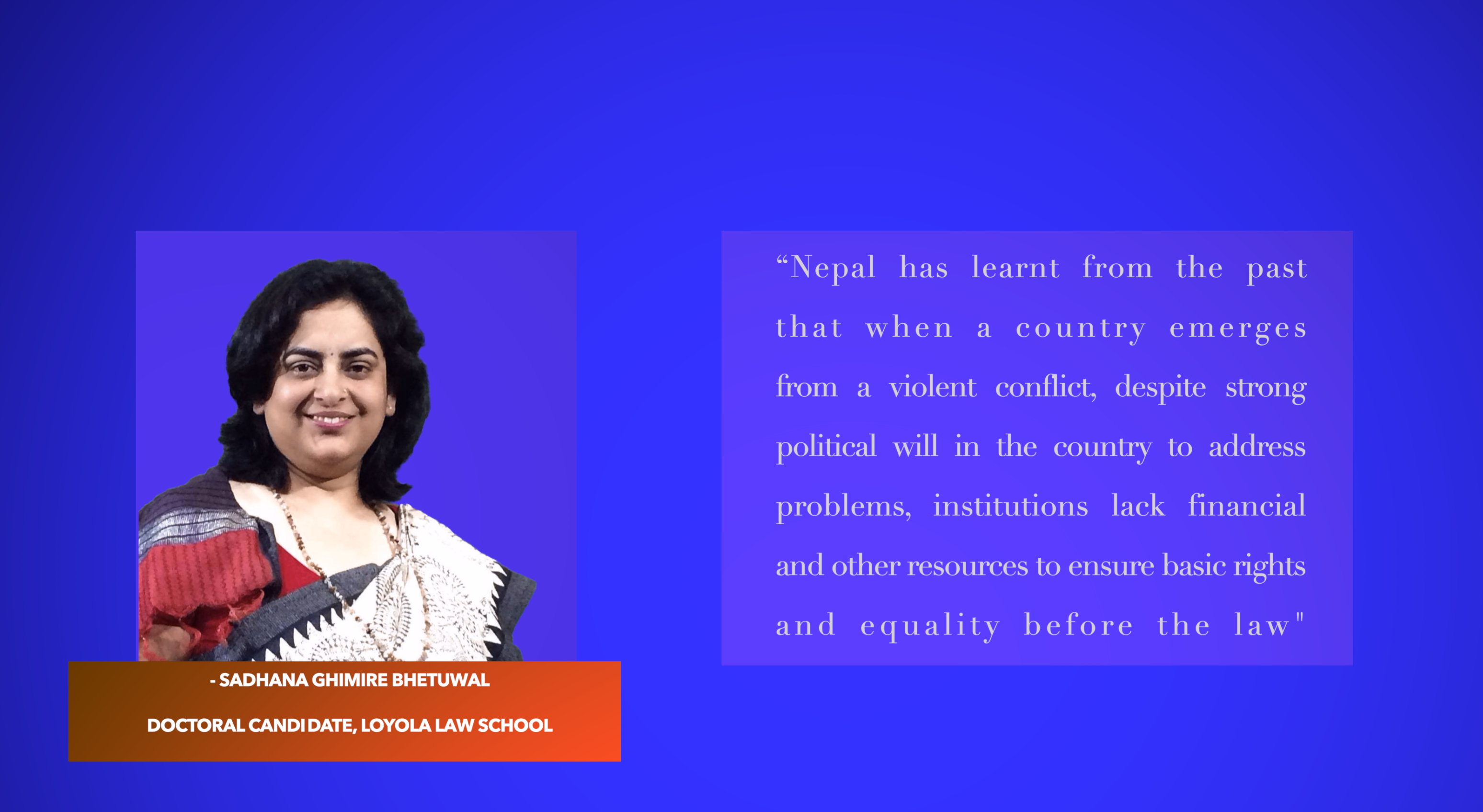 This is year 2020. Positive changes have been evidenced in many aspects of lives of People in Nepal. Increased access to public and private schools for children, competing cell phones and motor vehicles market providing services to a large consumer base, emerging television and global news networks reaching deep down to the grassroots, and new scopes of job opportunities moving people, mainly women from rural communities to urban living are some examples of changes in the life styles. Remittance based access to income of families in Nepal has increased unprecedented access in social and global media communications.

However, somehow, they are overshadowed by fostering impunity, economic disparity, new emerging forms of violence and deep dissatisfaction of people in the national political momentum, which is heavily dominated by sluggish bureaucracy, corruption and poor governance.

Nepal has suffered a deep-rooted political instability over the past few decades. Frequent changes in the sources of governmental and legislative powers resulted in sporadic impact on various sects of people’s lives. This is also because emerging from conflict is a process that often mires in short term setbacks and challenges that skews successes made towards long term social change.

This is also due to the fact that often conflicts are rooted in the real or perceived breakdown of justice, where political, legal and institutional biases and discriminations marginalize segments of population, causing them to revolt – often violently – against the injustice. Things become worse when compounds with this injustice the cycle of violence which often targets historically disadvantaged groups, particularly women and children, who often face multiple barriers in accessing justice within the country to address these problems, and bear the burnt of conflict.

Nepal has learnt from the past that when a country emerges from a violent conflict, despite strong political will in the country to address problems, institutions lack financial and other resources to ensure basic rights and equality before the law. Human rights abuses, which are the primary barriers of access to justice, leave justice system often weak or nonexistent, tempting people to resolve conflicts through further violence. Access to justice merely remains a topic in this national turmoil.

Because I personally consider myself as a civil society member, my question is how civil society can be of help in enhancing access of people to justice. My first point is that civil society is not a government or a part of government, however it has to have a strong governance. In the past, millions of US dollars were poured into Nepalese societies through grants and funding. Civil society got access to some of these grants. However, due to poor governance as well as political influence, the good work of civil society to advocate for peace and justice became questionable. A deep dissatisfaction and distrust replaced their efforts to bring about positive changes in enhancing people’s access to justice.

Similarly, civil society must overcome the hangover of funding centered advocacy. What we did and saw others do was advocacy focused on grants guided strategies. For example, a civil society NGO would work for transparency and access to justice for EU, and at the same time, would work for media strategy of government under USAID grants. Not absolutely impossible, but somehow inherently conflicting in nature.

There are hundreds of such examples to list here. However, the threshold question is that role of civil society cannot be replaced by any other entity. A strong civil society can play role of a catalyst for overseeing and monitoring inactions or wrong actions of government against its citizens. It can be the gap filler in new and emerging challenges Nepal faces today. Some of such challenges are foreign employment related violence and discrimination, which not only challenges the ability of government to track them, but also the overall justice system.