Artist’s statement about these paintings:

After a long emotional struggle with own thoughts in my paintings, I have reached to a comfort zone where I can create artworks in both emotional and behavioral freedom. Now I create paintings with my own aesthetics, the aesthetics of total freedom from Perspectives in creativity.

The paintings in “Ultra-Speed” series are under this aesthetics but are focused more on the present global pandemic. With title “Ultra-Speed”, I am trying to portray some objects moving faster than speed of light, even leaving behind their shadows and reflections. The title and the objects on the canvas are in abstract concept. My intention is to leave it to the viewers so that they could interact with the painting within and around the bigger spare of COVID19 global situation. 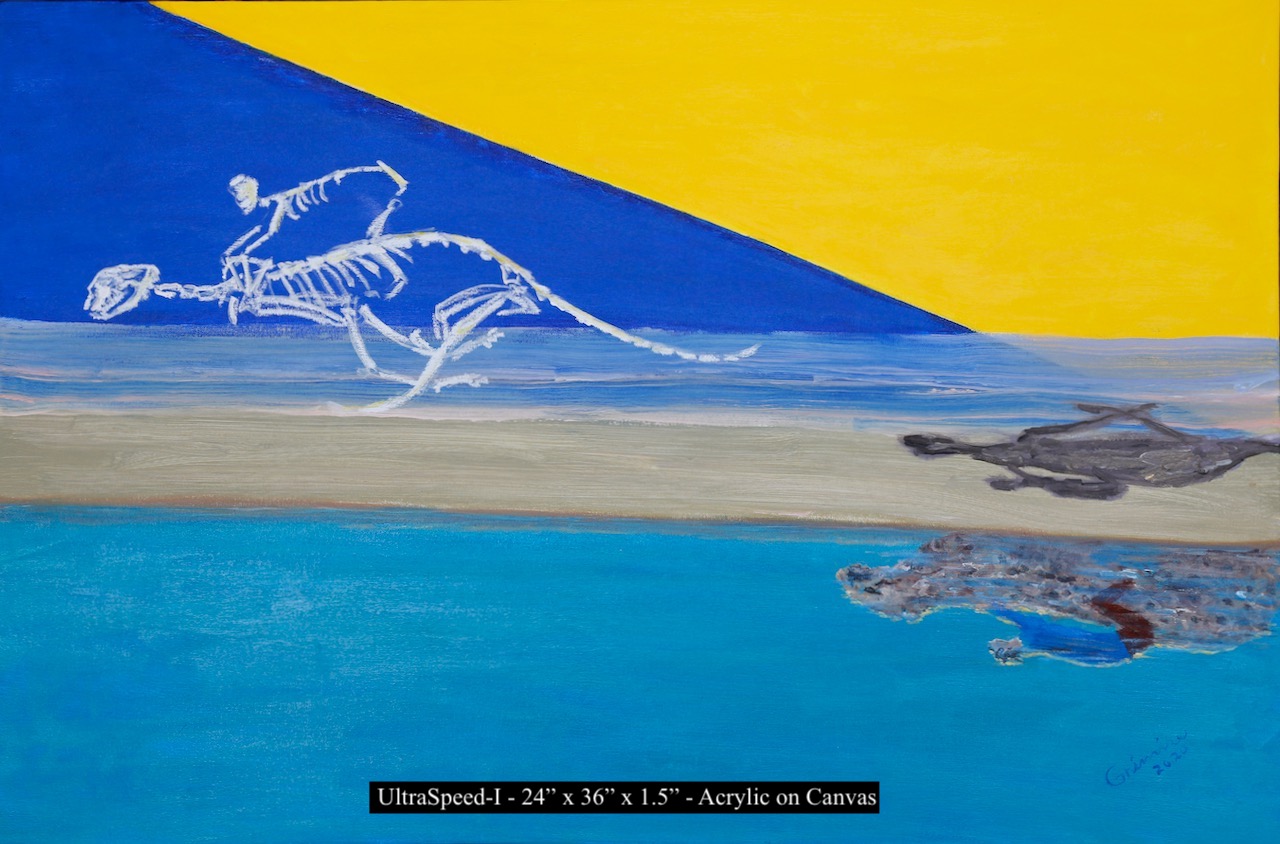 My long-term goal is to create a unique space for conceptual paintings in contemporary art. I am intensely working towards my perspective-free aesthetics to be able to show it in public in the form of tangible settings or installations.  My paintings are already unique. The concept and styles demonstrate originality of my work of art. 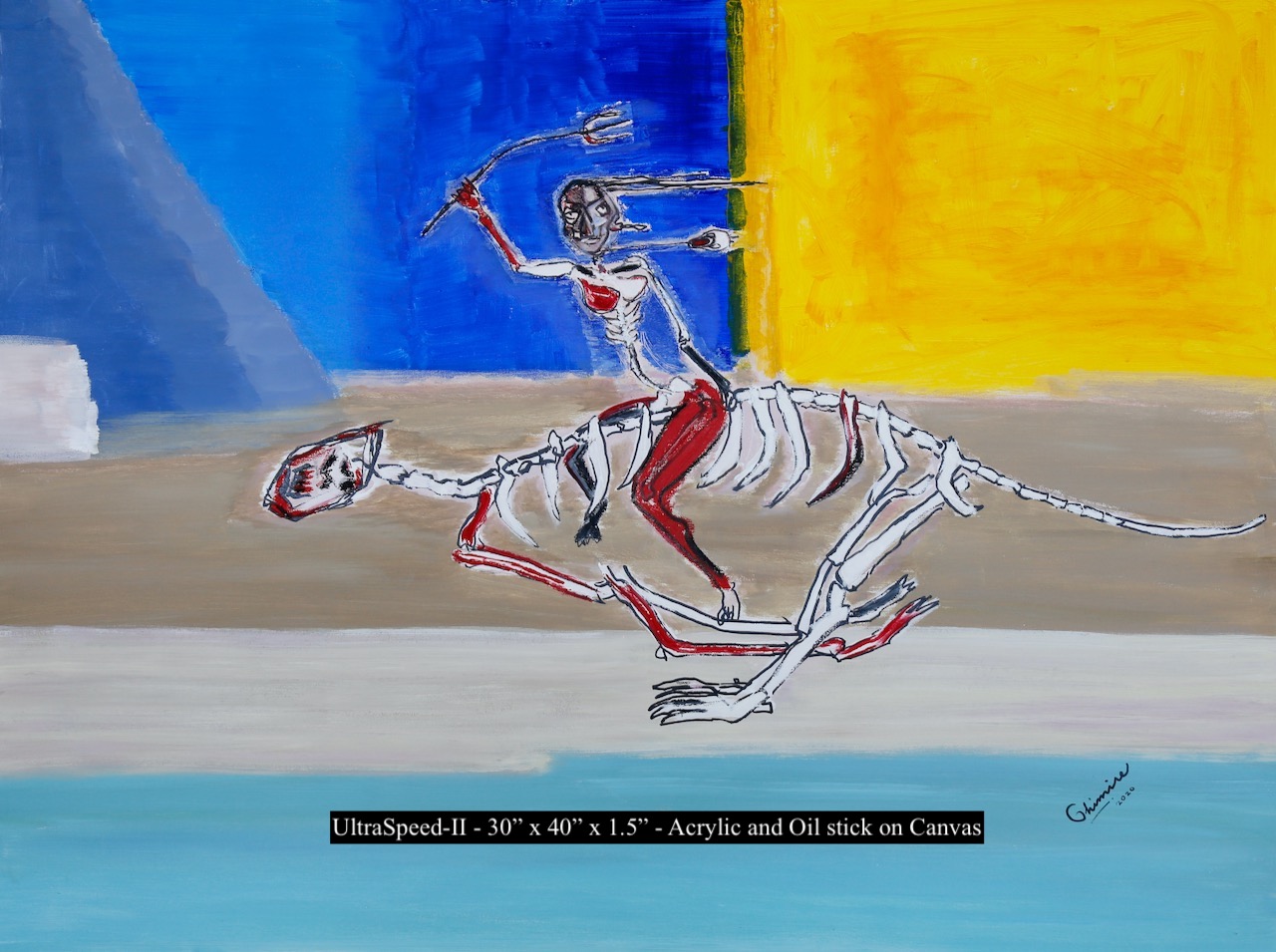 Subodh Ghimire is an artist whose works have been exhibited in Asia, Europe, and the United States. Painting since the early 70s, his art de Brut ( raw art ) sense of technique comes through in his work. Also, in his work, are both social and environmental treasures. He does not hesitate to follow great artists if a painting demands some of their styles and techniques. “While creating art, your mind should not get influenced by any dos and don’ts as long as it remains honest ”, says Ghimire. He usually does not stay in one style and one title area. People love to see Ghimire’s super-conceptual creations. Ghimire has received awards for his exceptional artwork, including juried first prize in acrylic style among 120 European artists, awarded by the Lions Clubs de France. 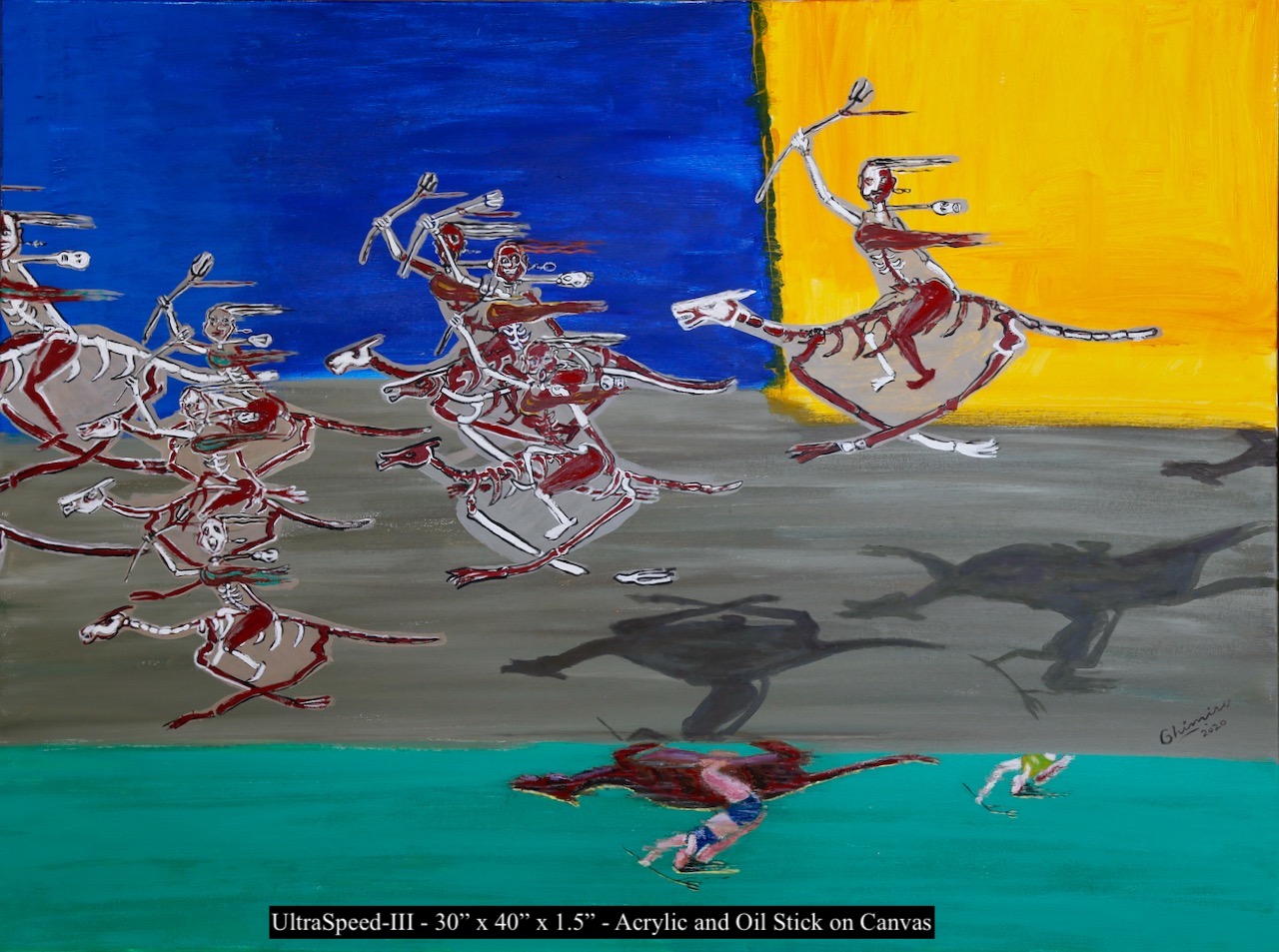 Ghimire earned a Master’s Degree in Conflict, Peace and Development Studies where he researched how paintings created in peacetime and conflict time differed. This research on the variant expressions by artists’ artworks created during pre- and post-conflict scenarios, led him to conclude that an artist in his painting expresses not only his perspectives but also societal emotions. 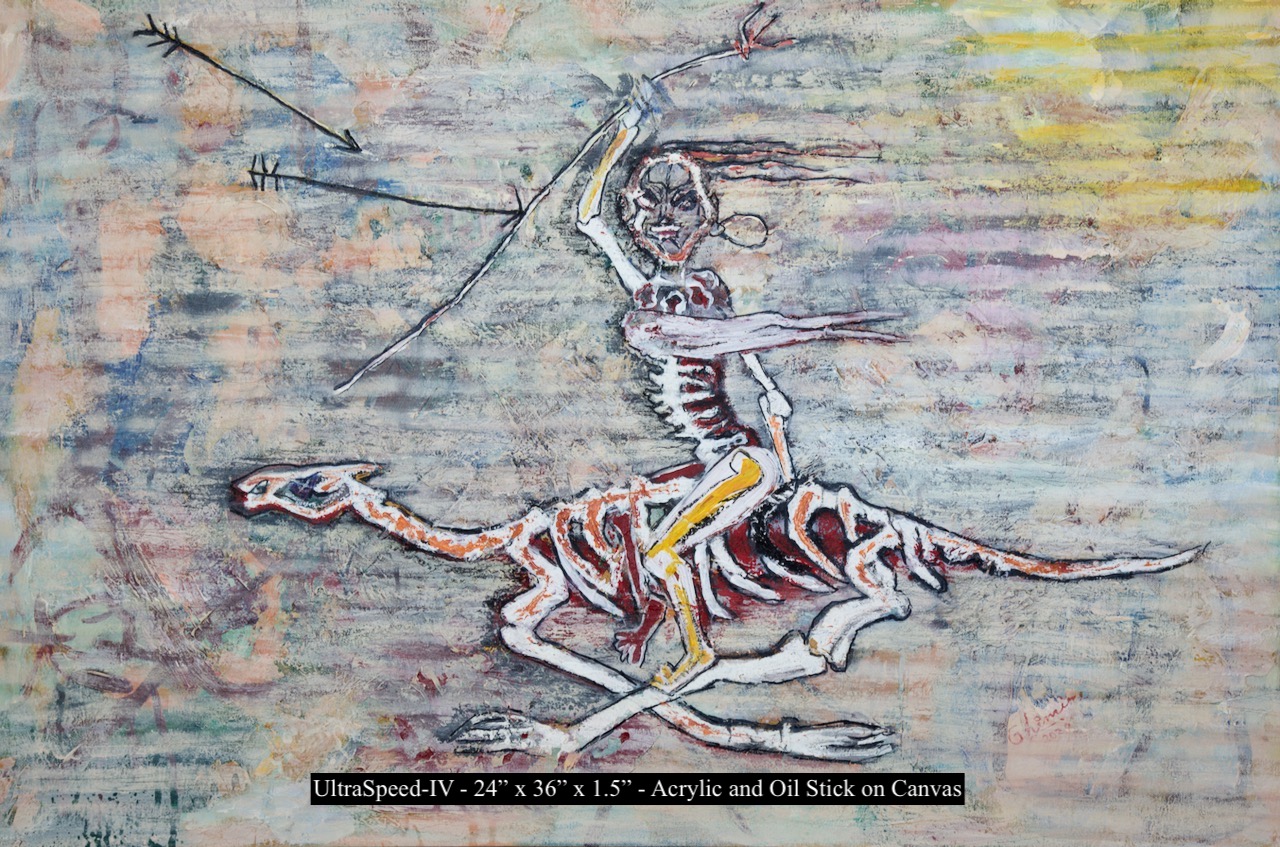 Artist Ghimire was born in Nepal. He served professionally as a law enforcement official. He has observed change in behaviors of victims after they get justice. In the mean time, he also worked as a United Nations civilian police adviser in Africa. His years in Mozambique in 1997 and Sierra Leone during 2000-2001 were inspirational to him as an artist as he was exposed to African art.

Ghimire’s artworks have been displayed in Queen Art Gallery at his residence in Menifee, California. 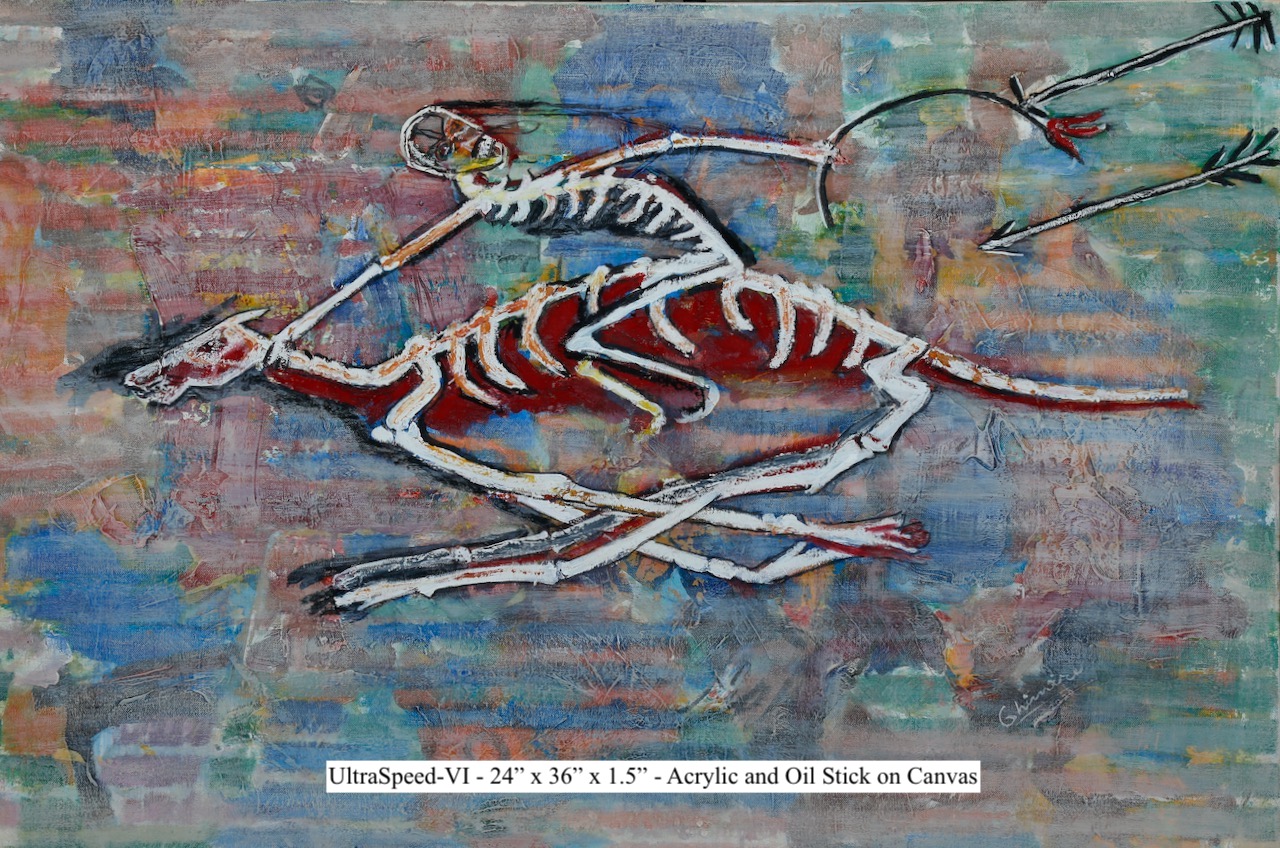